In late July, I started working on making Instantbird use the Mozilla 2.0 platform (which the recently released Firefox 4 betas are based on). This work, which started in a branch, has recently reached a point where we believe it could benefit from wider testing. The mozilla2 branch was merged Friday, September 10th, 2010.

This didn’t happen as smoothly as I would have hoped, but after 10 (!) bustage fixes, yesterday we were able to provide the first set of Instantbird nightly builds based on Mozilla 2.0. Our slowly growing community on #instantbird has jumped on them, and quickly reported a few significant issues. Thanks to their awesome help, those are fixed, and today we have a new set of nightly builds.

Additional help to test these new builds (Windows and Linux, Mac), will be greatly appreciated.

Known issues of this set of builds:

The preferences dialog is a new feature in Instantbird 0.2 which will feel familiar to Firefox users. The overall appearance is the same, making you feel at home. 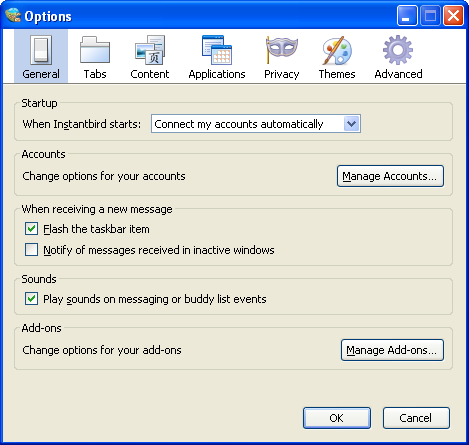 Some of the options are also the same… 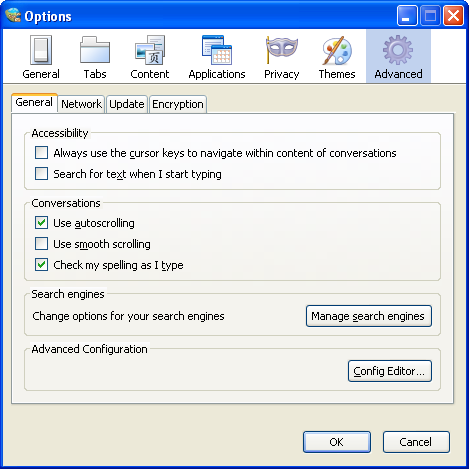 … while some are very specific to Instantbird: 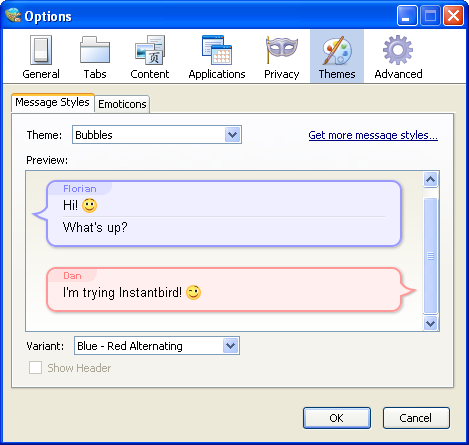 Some tools you already have in Firefox can help you manage your conversations in Instantbird:

Trying to find where a topic or keyword was mentioned in a long conversation is a common action. Instantbird uses the same findbar as Firefox to provide a search facility inside conversations. Just press Ctrl + F (Command + F on Mac OS X) and the findbar will appear: 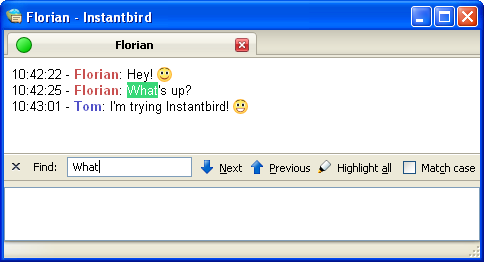 However, when looking for something in a conversation, the most recent match is probably the most interesting. That’s why for Instantbird we adapted the findbar to search from bottom to top by default.

Having trouble reading the text in conversations or fitting all the content on a small screen? Then the zoom feature is for you.

The keyboard shortcuts are the same as in Firefox: Ctrl + + to increase the size, Ctrl + - to decrease, and Ctrl + 0 to reset to the default size (Command instead of Ctrl on Mac OS X). 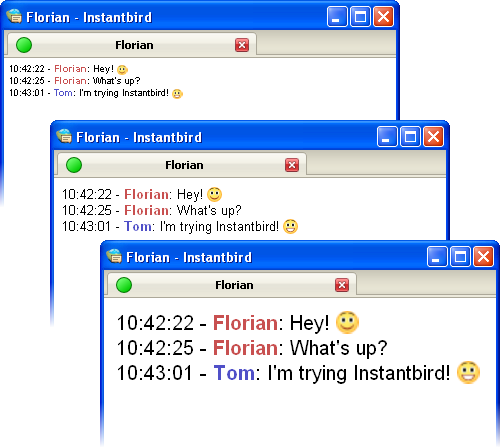 The changes in zoom settings are applied to all conversations at once and saved so that you do not need to adapt the zoom more than once.